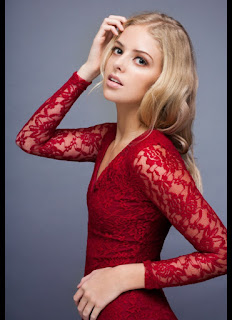 Mal Mahoney’s dream came true when she was hired to walk for over 10 designers durning the Lexus New York Fashion week.  After signing with a modeling agency that she acquired at IMTA, Mal moved to NYC where she went on countless auditions.  A week later she was on the runway during the worlds premiere fashion week in New York City.  She walked for 10 designers and is going on go-sees and doing photo-shoots and she is also auditioning for commercials.

In April 2015 Mal went on our Miami Models Tour where she shot with one of New York's top photographers.  Four months later she went to IMTA in New York City where she audition in front of 300+ agents, managers, casting directors, & networks. During her time at IMTA Mal walked the runway and performed a commercial.  She was not interested in doing commercials at that time but won her commercial audition and now embraces the actress inside.
Talking with Mal she enjoyed getting to know the different styles of walking the runway and the crazy and hectic week. She loved running around the city to castings and to shows.  At one point she texted Starbound a picture of her bleeding heel and said, “It’s worth it”.  We knew then we have a model that will be in this for the long run!
Now that fashion week is over and everything has slowed down she has had some time to reflect.  She is very happy with her move and that she is living her dream, but misses family and friends and will always be grateful of her roots here in Toledo/Bedford Mi.