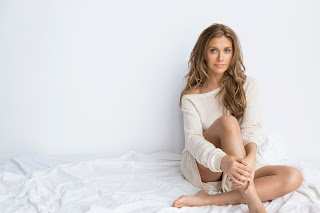 Alyson Stoner was born to be a star. When she first came to Starbound, she was young and spunky. Her firecracker-like energy translated into her dance routines and acting material. Her talent did not go unnoticed at IMTA. She was sought after by dozens of agents.

Alyson Stoner took her acting and dancing skills to Los Angeles shortly after competing at IMTA in New York 1999.  She landed her first job acting on a Hallmark commercial. Soon after, she was seen dancing in a JC Penny commercial. Missy Elliott then cast her in the iconic role as the little girl in the pink jumpsuit and pigtails in her ‘Work It’ music video.
Alyson’s big break came when she landed the role of Sally on Disney’s ‘Mike’s Super Short Show’. Disney loved the young actress and had her guest starring in shows such as ‘Suite Life of Zack and Cody’. Years later, Alyson starred on Disney’s ‘Camp Rock’ alongside Demi Levato and the Jonas Brothers. Alyson has broken into the voice over world as she voices ‘Isabella’ on the show ‘Phineas and Ferb’.

Not only has Alyson starred on the Disney Channel, she can be seen on the big screen in movies such as ‘Cheaper by the Dozen’ alongside Steve Martin. She also stars in the ‘Step Up’ series.

Between TV movies, TV series, Movies, commercials, and continuous dance classes, the busy superstar has now began her music career! Alyson started releasing covers on her YouTube channel while she was writing and recording her on original music. Alyson released her first single ‘Woman’ this year! She performed this single here in Toledo at the Lexus Rocks the Runway fashion show.

Currently, Alyson is performing her newest single ‘Dragon’ throughout the country on the ‘Girls Night In’ tour.!

Alyson’s talent and hard work has lead her to be the 16th most searched star on IMDb and lead her to have a major social media presence. Make sure you keep up with Starbound’s amazing alumni Alyson on social media as she takes the industry by storm!