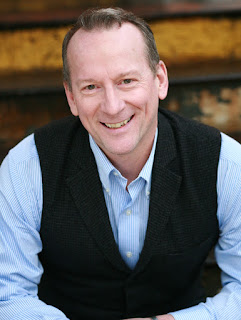 This past weekend Starbound Talent held auditions for the upcoming trip to IMTA Los Angeles. The auditions featured IMTA veteran, former Broadway and Television actor, David McCowen. David came to Starbound Talent all the way from New York for this special event. Mr. McCowen along with the extraordinary talent finders Starbound Presidents Wendi Davis and Justin Shivak held auditions from Saturday to Sunday hoping to find those special few.
Auditions were being held for a multitude of talents including singers, actors, dancers, and models, along with a new section at IMTA for songwriters to name a few. The purpose of this event was to find through auditions the many talented women, men, and children who reside here in Toledo and surrounding areas of Lucas County. Those who show superior talent are then chosen by Starbound to attend classes and hone their craft even further in hopes they will be ready to attend the annual IMTA Convention that is being held in Los Angeles this year.
Those wising to audition came to Starbound Saturday or Sunday. Participants were first shown a video with talent from IMTA who has gone on to become famous and able to work in their respective industries and make a living doing what they love to do. The video even featured a few stars from Toledo, Ohio such as Adrianne Palicki, Alyson Stoner, Olivia Stuck, and others that have came from Starbound Talent and have went on to star in blockbuster movies, television shows, print ads and more.
Then it was time to Audition! Seeing a mixture of emotions in the participants from nervous energy and anxious (mainly from the older ones) while the littler ones were ready to show out…in a good way. There were a few little kids who stood out to me, and who you could definitely tell were there because they wanted to and not because mommy or daddy “made them”. A little boy named Nathan who looked to be 5 or 6 walked the runway and ended with an “uhh why?” look and stance (I later found out dislikes modeling class which explained it all!). It came time for him to recite his commercial and he nailed it, and the cute voice only made it that much better. Then there was another little girl by the name of Gigi who even before she went to audition was giving facial expressions and looks that had me giggling to myself.  Then this little girl got up to do her audition and the expressions her face gave let you know she loves to act. Then she exclaimed was the line “Chomp or Bite-Ohh I don’t know!” which only added to the cute factor.
Ok! I know it is starting to seem as if I am a little biased towards the children, but what can I say? Whitney Houston said it best; they are our future and so stinkin’cute!
Now… On to the others where we had a variety of ages auditioning, there were also a few standouts. There was a teenage boy named Chase who played a cover acoustic version of a song and had me, and everyone else swaying and tapping our feet in our seats. This young man had the vibe all the little teenage girls would love and I can see him one day performing and the girls going as the kids say CRAY! Also a young man by the name of Keyron who has done local shows around Toledo and who’s audition was very funny. Last but not least we had a young lady by the name of Moriah who was there to support her friend and was not planning to even audition. She ended up reading a screen test playing the part of the “airhead” exact and hilariously. Then she sang a song and her voice was very unique and calming. Just goes to show you never know when an opportunity or talented person may be.
All in all it was a very successful weekend and many talented people were found and chosen and will hopefully represent Starbound Talent at IMTA this upcoming January. Contrary to popular belief Toledo does breed talent!


So if you or anyone you know has that “IT” factor and has a talent you feel needs to be seen. Make sure you give Starbound Talent a call! We’d love to help you hone your skills and live your dream career. Make sure to follow us on Instagram @STARBOUND_TALENT.

Thank you to everyone who auditioned!