Everything You Need To Know About Casting Reels 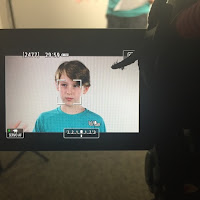 You have made the decision that you want to become a serious working actor and either snag an agent or audition for a role. So what is the next step that you need to take you may be asking? Making your self a casting/demo reel. This is essentially your advertisement to people showing all you are capable of doing in the acting world. Casting or demo reels are used to send to agents and or casting directors in order to grab their attention by putting selections of your highest quality material together in order to get them to want to sign and represent/cast you in a role. Casting/Demo reels are quickly becoming the most important part of professional casting submissions- even more important to some, than headshots and resumes. Many actors use clips from student films, independent films, web series, or privately produced productions to make their reel. But if you are just starting out it is acceptable to record yourself (or someone record you), performing various scenes. Below are a few tips and suggestions that you may find helpful in beginning your journey to making your casting/demo reel!

Do and Don’ts to Remember!

How to Make a Casting Reel!

*Last but not least… Remember the golden rule when it comes to Casting Reels: “No Reel is BETTER than a BAD reel”.